“Teaching is only demonstrating that it is possible. Learning is making it possible for yourself.” – Paulo Coelho

Students of Class VI visited the Tribal Research Institute Museum on Thursday, November 1, 2018 as part of their educational trip. They had a wonderful time exploring the arts and artefacts of the various tribes of the state.

Students had a glimpse into the way of living of the tribal people, their style of dressing, the weapons and agricultural equipment’s etc. For the young students it was a new experience of getting to know about people residing in their own state but having an altogether different style of living.

The State has 62 distinct tribes, the largest number in the Country. Officially known as “tribals” or “adibasi” they constitute 24 percent of the total population of the state and 9.7% of the nation’s total tribal population.

Established in the year 1953 and renovated in 2001, the museum is home to a rich collection of artefacts, crafts and art objects belonging to different tribes living in several parts of Odisha. The Museum is an integrated part of the Scheduled Castles and Scheduled Tribes Research and Training Institute (SCSTRTI), which disseminates knowledge covering the human species in totality. 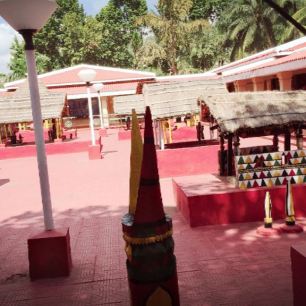 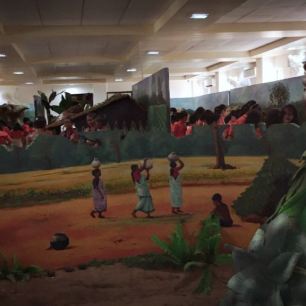 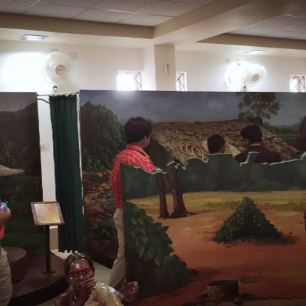