“Indeed, the Odissi seen today is the result of a continuous life long effort made by some Gurus and dancers of Orissa.” – United India Periodicals. 1986.

Odissi, the graceful dance took birth in the temples of Odisha hundreds of years back. It is traditionally a dance-drama genre of performance art, where the dancer and musicians play out a mythical story, a spiritual message or devotional poem from the Hindu texts, using symbolic costumes, body movement, abhinayas and mudras set out in ancient Sanskrit literature. The art is learnt and performed as a composite of basic dance motif called the Bhangas.

The multi-talented SAIoneer Tejaswee Patnaik of Class VI has emerged as a graceful Odissi dancer, mesmerising everyone with her art. The maturity of her facial expression, hand gestures and body movements speak volumes of her talent and dedication for the wonderful age old art. The young girl has completed 3rd year from Pracheen Kala Kendra, Chandigarh and has been practicing steadfastly for the past six years.

The 12-year old dancer has received several awards like Aviskar Award, Nrutya Padmaja Award, Bimohana Kala Samman, Sadhna Puraskar 2016 etc. She also won first prize in All India Drama, Dance and Music competition at the 26th India Theatre Olympiad among others. Apart form dance, Tajeswee is equally good in music, drawing, creative writing as well as in academics. She aspires to be a great dancer apart from becoming a doctor.

The Guru Kelucharan Dance lab of SAI International School trains young dancers to learn various kinds of dances including the sculpturesque dance, Odissi. The School has five eminent Odissi Dance Teachers who help these young students to learn the graceful movements and inculcate in them a love for the art. There students are given several opportunities to showcase their skills in various programmes held in the campus as well as encouraged to participate in inter-school, district or state level competitions. 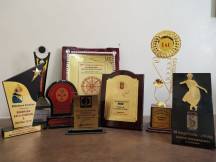 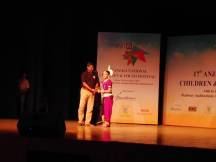 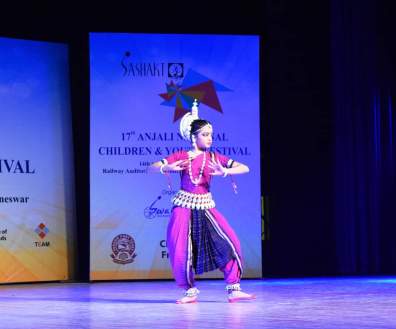