“Chess is the gymnasium of the mind.” – Blaise Pascal

The game of Chess can be traced back to some 1500 years and beyond with its origin in Asia. Most historians are of the belief that the game of mind originated in India during the Gupta empire and was known as ‘Chaturanga’. It spread over to Persia and other countries, and gradually evolving into its current form sometime in the 15th century.

The modern Chess tournaments started in the latter half of the 19th century and in the year 1886, the first World Chess Championship was held. In the 20th century, Chess got an altogether different dimension with the establishment of the World Chess Federation (FIDE). In the 21st century it took a step further by including computer analysis of the game and in the mid-1990, online gaming started.

However, the game still retains its own old charm which is corroborated by a study done in the year 2012 which says that “chess players now make up one of the largest communities in the world: 605 million adults play chess regularly”. The game is played at least once a year by 12% of British people, 15% of Americans, 23% of Germans, 43% of Russians, and 70% of Indian people.

At SAI, students are encouraged to take up the game as it has lot of benefits. SAIoneers have been doing extremely well in the game winning several laurels at various levels. Recently the 4-member Girls Chess team comprising of Ankita Sahoo, Suhana Jena, Sanchee Sahoo and Rhea Mohapatra won the Gold Medal in the CBSE National Girls Under 17 Chess Championship 2018 held at Gwalior from November 1 to 4, 2018.

To add to the glory, Ankita Sahoo emerged as the Champion, whereby winning the Gold Medal in the individual U-17 category. It is indeed a laudable achievement for SAI International School. Earlier, the team’s excellence performance in the CBSE Far East Zone Chess Championship held in Assam from Oct 5 to 7, 2018 qualified them to the National level championship. 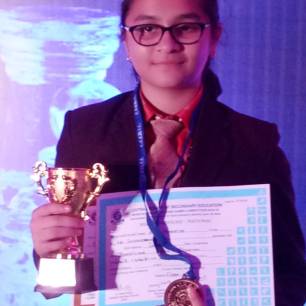 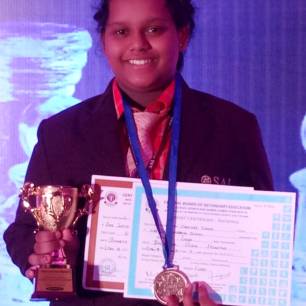 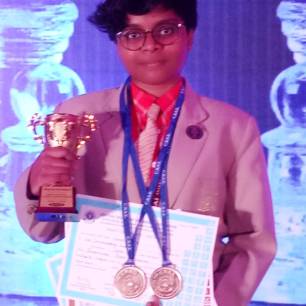 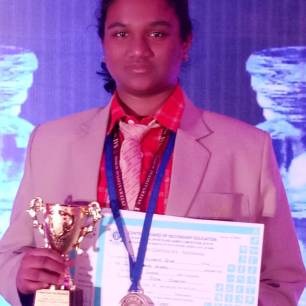