“Every chess master was once a beginner.” – Irving Chernev

Sanchee Sahoo, Class VI student of SAI International School is an avid Chess player. She has won various awards and recognitions for her talent in playing the game of mind. Last year, she made the State proud by becoming the lone player from Odisha to represent the State in the U-10 Girls category at the Commonwealth Chess Championship 2018 held at New Delhi, where she won three out of seven rounds in the U-10 Girls category. She was also part of the four-member team from SAI International School to win the first prize in the CBSE National Girls Under 17 Individual Chess Championship 2018 held at Gwalior from November 1 to 4, 2018.

Apart from that, the talented girl represented Odisha in several other competitions. This year, she won the first prize (U-12 category) in the Open Fide Rating Chess Tournament 2019, held at Tripura from March 26 to 30. She also won the first prize in the Under 11 category, in the Odisha State (U-13) Open and Girls Chess Championship 2019 held at Phulbani from April 11 to 13, 2019.

She represented the State in the 8th National School Chess Championship, held at Raipur from April 3 to 7, where she secured the 37th position. She also qualified to participate in the Triple ‘C’ all India Open Rating Championship 2019, held at Cuttack from April 17 to 21 and got the 5th position.

Playing Chess is extremely helpful in brain development, particularly when it is played regularly from a very early age. It not only teaches the importance of being disciplined in life, but also improves self confidence and clarity of mind and mental dexterity. 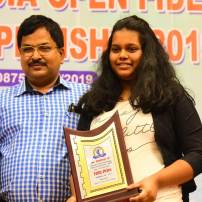 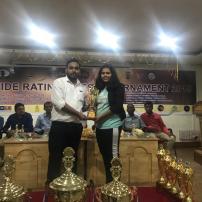 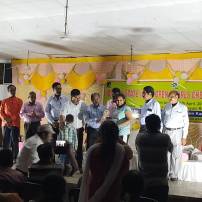