“There is growing need to make people aware of the severity of the disease in the region. People need to be extra careful, as it is one of the regions where infection with hepatitis B virus (HBV) is common.” – Dr R.S. Verma

The Scouts and Guides students of SAI International School were part of the Observance of World Hepatitis Day, conducted by the Odisha State Bharat Scouts and Guides at their State Headquarter Office. The theme for the year was, ‘Eliminate Hepatitis – Find the Missing Millions’, which aimed at identifying the infected people who were not aware of their condition.

Several events were conducted to spread awareness about the disease. Dr Manoj Kumar Sahu, Head of Department of Gastroenterology and Hepatobiliary Diseases at the Institute of Medical Sciences (IMS) and SUM Hospital, shared with the students various facts about the dreaded disease as well as briefed them about its prevention.

Shri Ashok Chandra Panda, Minister for Tourism and Culture spoke on the importance of creating an elaborate public awareness campaign to curb the spread of the disease. Secretary of Bharat Scouts and Guides Ram Murti Dora also spoke at the event. Among others present were Shri Tejeswar Parida, Chairman of Odisha Khadi and Gramodyog Board, Prof Gangadhar Sahu, Dean, IMS and SUM Hospital.

Later on, nineteen students of SAI took part in an awareness rally held from State Headquarter Office of Bharat Scouts and Guides to Ram Mandir. The day is organised every year to educate, shield and treat individuals and their family members who are victim to viral Hepatitis. 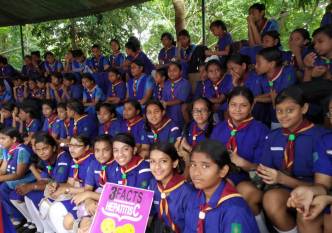 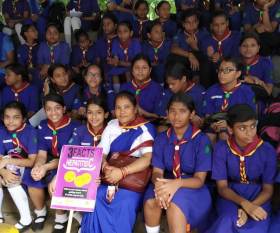