“Nobody is too small to do a good turn, even if it is only to smile” – Lord Robert Baden-Powell

The Scouts and Guides students of Class IX and X conducted a Special Assembly. They spoke about the Motto, Logo, the Promise and the Law of the Movement. Through a Power Point Presentation, the students briefed others about the various activities conducted by them throughout the year.

They also demonstrated on how to make two kinds of stretcher in case of emergency. Students made one stretcher with the help of sticks and ropes and another with bedsheet and sticks. They even demonstrated how to carry an ailing person on those. The students also showcased bandaging techniques and scouting knots. They did a Head and Jaw bandage and Palm bandage. The Assembly ended with everyone joining for the National Anthem.

According to Lord Powell, the Founder of the Boy Scout Movement, Scouting is not an abstruse or difficult science, rather it is a jolly game if taken in the right light, simultaneously it is also educative. 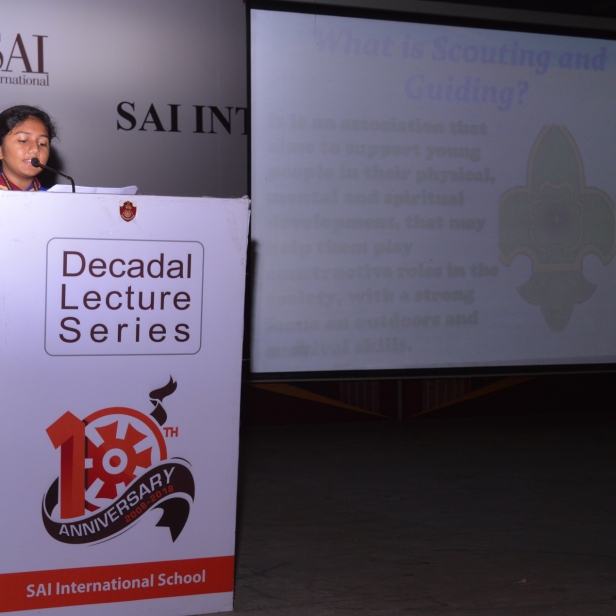 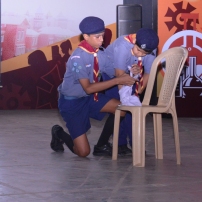 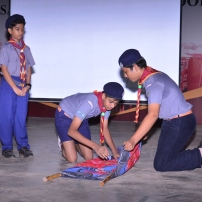 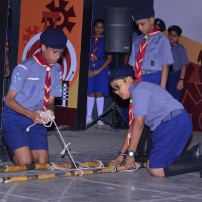 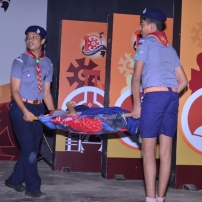