The five Ss’ of sports training are stamina, speed, strength, skill, and spirit; but the greatest of these is spirit.” - Ken Doherty

The opening ceremony commenced by giving the ceremonial guard of honour to the chief guest by the synchronised marching Houses followed by the lighting of the Olympic Torch by the student council members as a symbol of a symbol of peace, friendship, tolerance and hope. The entire fraternity along with the students took an Oath of Allegiance to abide by the vision of the Founder-Chairman, SAI International Edu.cation Group, Late Dr. Bijaya Kumar Sahoo, and take the legacy of excellence to higher orders.

While addressing the SAIoneers, Shri Arun Bothra, IPS, Additional DGP CID- CB & Transport Commissioner, Odisha, said, "It makes me immensely happy to be here on the advent of SAI Olympics & witness the state-of-the-art sporting facilities at this school, as envisioned & implemented by my dear friend Late Dr. Bijaya Kumar Sahoo." He emphasized on how sports play a pivotal role in a student’s success & shared 3 mantras of success with the students being- IQ, Labour & Luck & advised them how labour is the only mantra that would contribute the most towards their goals & destiny."

This annual sports meet turned out to be the apt occasion to acknowledge the hard work & dedication of budding athletes. The National Champions of Sahodaya Football, Lawn Tennis & Swimming were felicitated at this opening ceremony.

The closing ceremony of the 8th SAI Olympics was conducted on December 23, 2022 at the grand stadium of SAI International Residential School, based on the theme Azadi Ka Amrit Mahotsav. The 3-day annual sports meet was a massive success, witnessing the excellent performances in sports with great splendour & resplendence.

“SAI International incessantly makes efforts to groom students into leaders of the future. The 360-degree holistic development is the core of SAI, as the school gives emphasis to both academics and sports equally.”, said Dr. Silpi Sahoo, Chairperson, SAI International Education Group, while addressing the students & parents.

The National & Zonal Champions of the CBSE Clusters in swimming, skating, chess, accompanied by the qualifiers of Olympic Champion Awards were felicitated in the closing ceremony followed by impactful drills & marches depicting the meteoric escalation of our glorious nation spanning over the past 75 years to reinforce the theme of Azadi ka Amrit Mahotsav.

The 3 day sports meet concluded with the lowering of the SAI Olympics Flag & slow march by the SAIoneers. 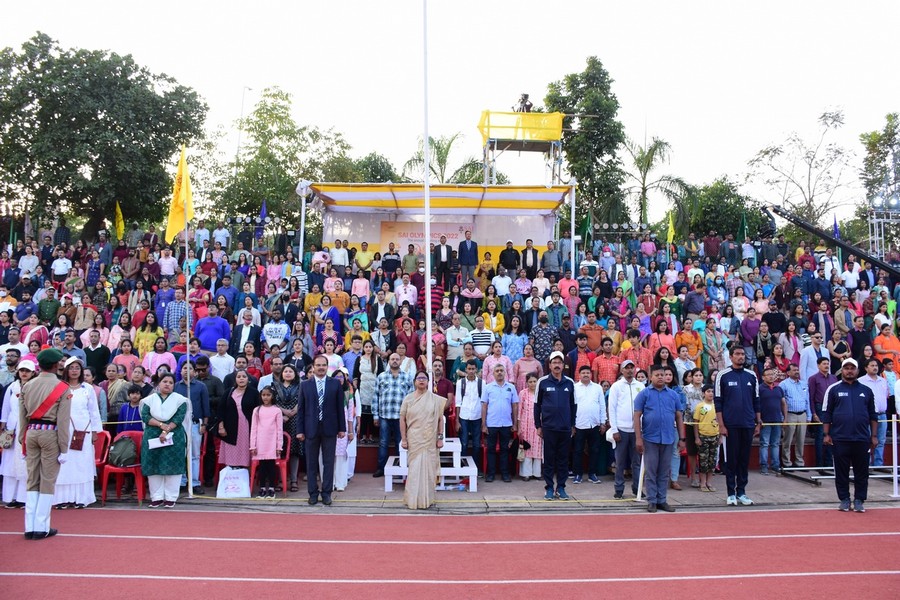 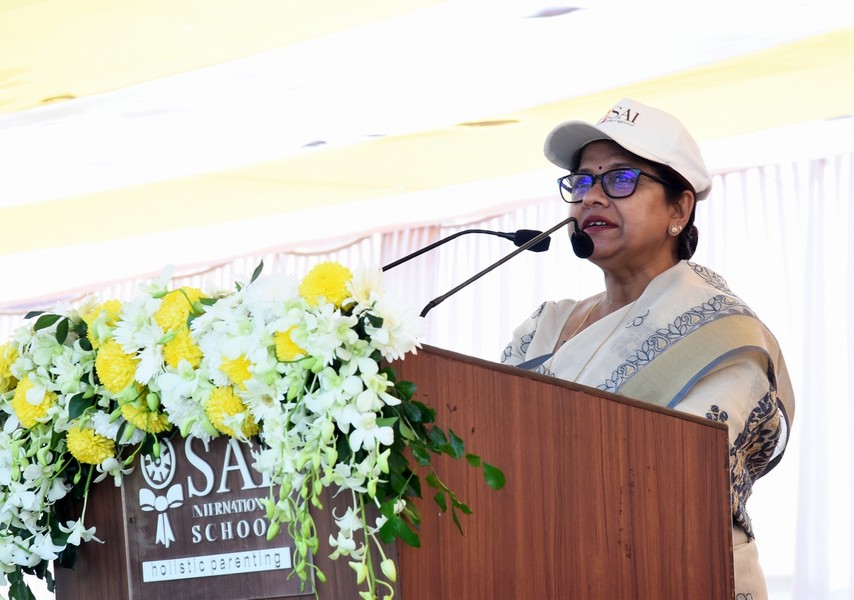