Tell me and I forget. Teach me and I remember. Involve me and I learn. – Benjamin Franklin

SAI International School, the No. 1 School in the country, as per the EducationWorld, India School Rankings 2020-21 aims to build a strong foundation by strengthening the cognitive and non-cognitive abilities of the students. We believe embedding Indian values with a Global outlook, thereby creating an environment of happiness in every student, thus promoting 360 degree holistic growth along with nurturing the uniqueness of each child.

To intensively engage the children in instilling the 21st century skills of communication, collaboration and critical thinking, a Global Debate Competition was held at SAI International, Bhubaneswar, on Saturday, February 13, 2021.The mega online debate competition had students participation from over 11 countries and 44 Schools across the globe such as Australia, Kenya, Nambia,  New Zealand, Pakistan, South Africa, Sri Lanka, Tanzania, Thailand, Turkey and India. With  2 Schools fromKenya, 6 Schools from South Africa, 27 Schools from India and one school each from  New Zealand, Turkey, Tanzania, Thailand, Sri Lanka, Pakistan, Australia and Nambia.

While addressing the students Keynote Speaker Dr. Debanjan Chakrabarti, Director East and Northeast India, British Council, thanked SAI International for organizing a Global Debate Competition and appreciated its sprawling sports infrastructure. He spoke on “Debate and its role in society”. Dr. Chakrabarti emphasised on speaking and writing skills for development of debating skills.

Hon’ble Guest Mr. Nick Low, British Deputy High Commissioner, Kolkata while addressing the students greeted them as per their time zones, he said, “Global problem needs global solutions and these can be addressed by deliberations and discussions as the global solutions cannot be forced, it has to come about with a coalition of each country”. He spoke on the issues of climate change and said,”if we  understand the climate change now then we can limit it and if we are able to do it then the future will be more green and blue”. He was happy to be a part of SAI Global Debate Competition and said that,”the ability to debate on opinions will help the mankind and create awareness which will ensure you will have a better future”.

Thanking the esteemed judges Dr. Bijaya Kumar Sahoo, Founder & Mentor SAI International Education Group congratulated all the students who had participated in the SAI Global Debate Competition from 11 countries and 44 Schools. He emphasized upon learning from intercultural relationships through such mega events, work towards attaining the Sustainable Development Goal together as one world one family and promote inclusive global citizenship.

The winners were announced after a rigorous three rounds of deliberations. They were judged upon content, accuracy, clarity, body language, evidence, and many more. The topics of the debate varied such as, ‘Values or Wealth? Which is more important for survival?’, ‘Is Globalization an opportunity or threat?’, ‘Impact of social media on teenagers and high school students is huge’, ‘Will robots increase people’s quality of life?’, ’People can save nature using technology?’, ’Children under 16 should not be allowed on social media sites’ and many more relevant topics for the youth.

SAI International has transformed the educational landscape with all its Global Dimension programmes. It has not just changed the face of education in India but now is a School to reckon with pride globally. It has undoubtedly impacted the global learning scenario setting a benchmark in a Global debate of this stature. 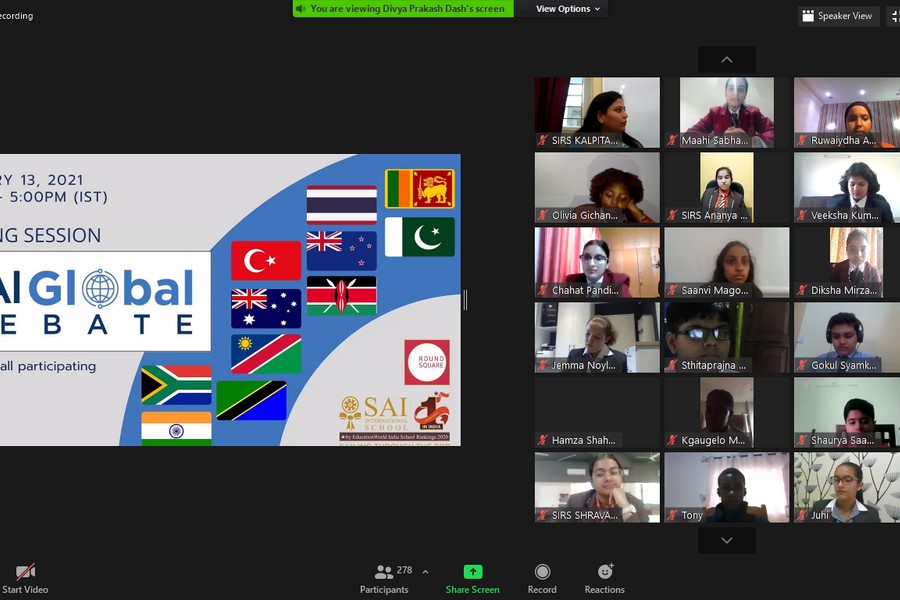 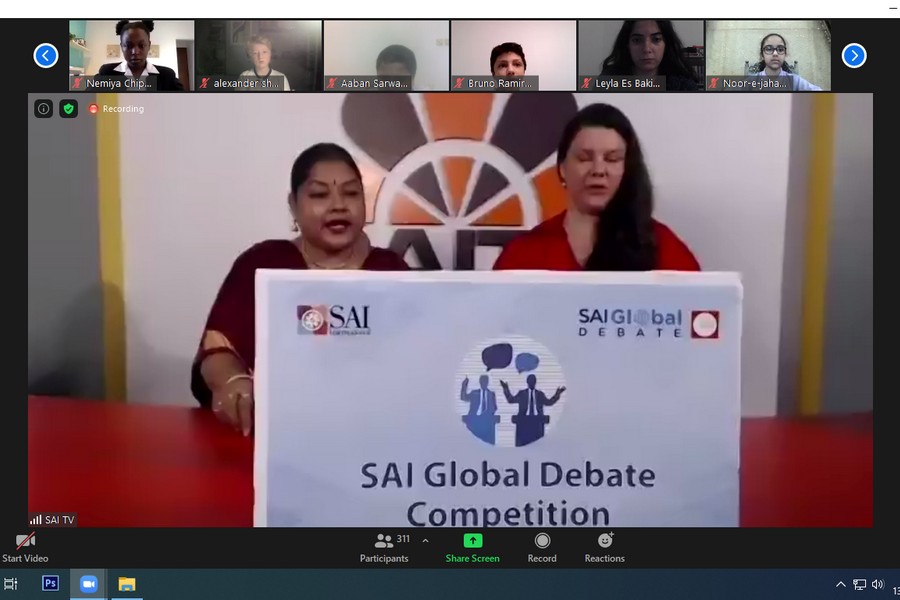 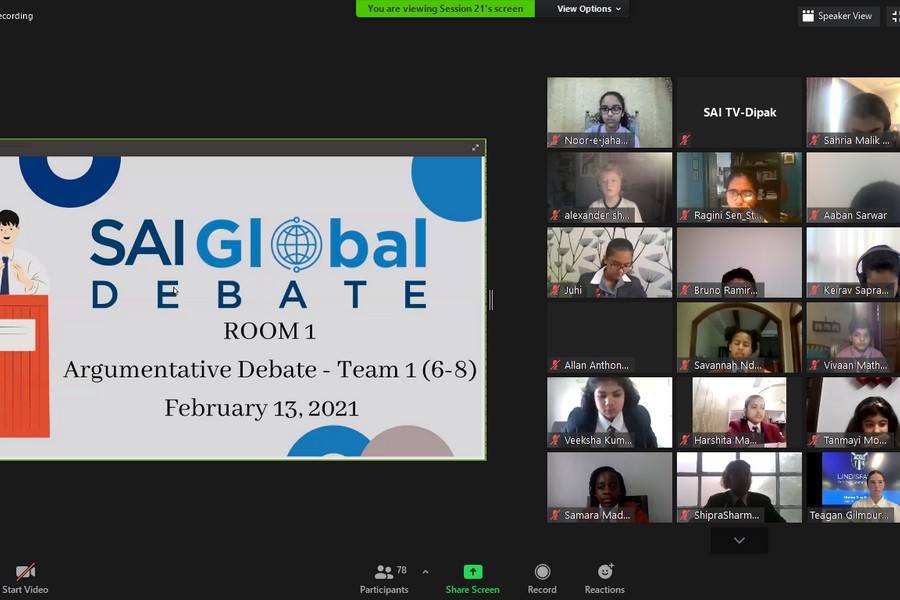