“An education which does not teach us to discriminate between good and bad, to assimilate the one and eschew the other, is a misnomer.” – Mahatma Gandhi

Drama enables students to get a deeper experience in thinking and feeling as well as in expressing themselves. This art form is also a powerful pedagogical tool. It is one of the most effective ways to engage students in creativity, critical thinking and problem solving, resulting in an increased level of concentration and comprehension. It also builds upon various communication skills of the student artists through the use of body language, facial expressions and different voices.

The drama troupe of SAI International School won the 3rd position in the State level Play competition held at Capital High School, Bhubaneswar on Saturday, September 15, 2018. It was organised by the Department of School and Mass Education, Government of Odisha, to commemorate the 150th Birth Anniversary of Mahatma Gandhi.

Nine students of the school brilliantly staged a well-researched and meticulously scripted play named as ‘Kahani Azad Hindustan Ki’, on the life of the great leader. It showcased his longest fast of 21-days, the ‘Champaran Satyagrah’ movement for the farmers of Motihari district of Bihar and his principles of non-violence. The Skit competition aimed to propagate the message of the Father of our Nation among the student community, across the Nation.

SAI international School houses an excellent Drama department as part of the co-scholastic activity. Students from various classes learn the art from experienced mentors and regularly showcase their skills at different competitions and events. 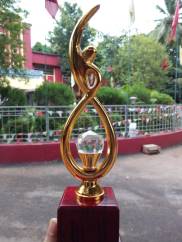 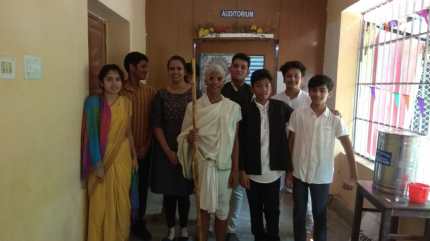