“Our future growth relies on competitiveness and innovation, skills and productivity… and these in turn rely on the education of our people.” – Julia Gillard

The combination of Bright Head, Skilled Hands and a Kind-Compassionate Heart (3H) is the very essence of education, said Innovator, environmentalist and educationist Shri Sonam Wangchuk while addressing the students of SAI International School on Wednesday, October 30, 2019. He delivered a Lecture on ‘3R to 3H: The Next Learning Revolution’, where he stressed that education, or grooming any person, is not about the head or the 3 R’s (Reading, WRiting, ‘ARithmetic), rather it is all about the 3H. He also outlined the importance of hands-on learning and inspired students to strengthen themselves by applying their text book knowledge in real life situations to bring in a positive difference in the society.

Shri Wangchuk was accompanied by Ms.Gitanjali Jain, Founding CEO of Himalayan Institute of Alternatives, Ladakh (HIAL). Besides HIAL, she has also led the curriculum design and development for the Maharashtra International Educational Board (MIEB) in 2017 and is advising and helping Auroville start its own university. The team went for a guided tour of the school and described it as a beautiful school with energetic and happy students.

Shri Wangchuk shared with the students on how the increasing student drop outs and failure rates stimulated him to start the famous eco-friendly and self-sustainable Alternative School, Students’ Educational and Cultural Movement of Ladakh (SECMOL), which has become a role model for various educationists. He elaborated on how he harnessed the latent potentials of the students labelled as failures and helped them to stand in their life. By creating a supportive environment, he enabled students to excel and even attain national and international acclaim in their chosen field. Shri Wangchuk opined that students should be taught the way in which they learn better, not in the existing standard system of education.

He spoke about how he used simple knowledge from his school science books to experiment and created the famous ‘Ice Stupas’, which has brought in greenery to the land and solved the water crisis of Ladakhi people. He also detailed on how SECMOL was designed, built and run with and by the students and made self-sustainable by blending ancient wisdom with modern science. He inspired the students to try and make innovations with the help of earth, Sun, ice and fire.

Speaking on the importance of conserving energy, Shri Wangchuk said that unless each and every citizen feel the responsibility and pledge to lend their contribution for a cleaner and greener world, the planet will continue to deteriorate. He also spoke about his latest movement, ‘I live Simply’, which was launched as a tribute to Gandhiji, inspiring people to live a simple live by changing their mind-set, attitude and way of living, so as to make the world a better place. He asked the students to pledge not to waste food, use bicycle, switch off lights and fan if not in use, use staircase etc. He inspired them to become role models in their own community and spearhead the movement.

Shri Wangchuk is recognised for his uniquely systematic, collaborative and community-driven reform of learning systems in remote northern India, thus improving the life opportunities of Ladakhi youth, as well as for harnessing science and culture creatively for economic progress. 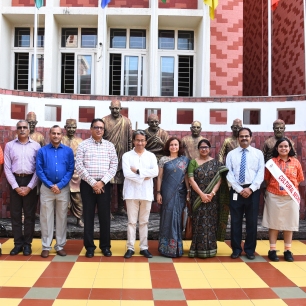 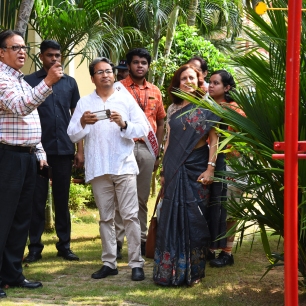 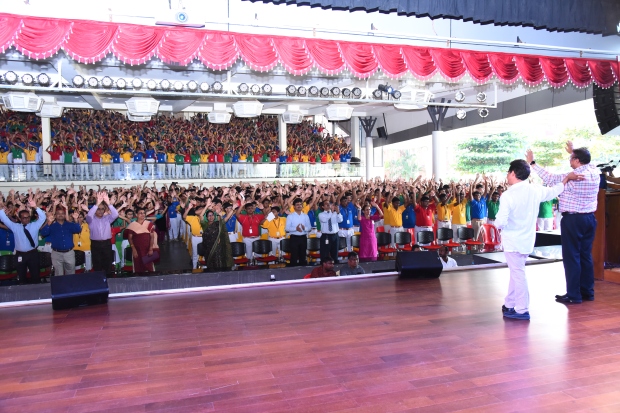 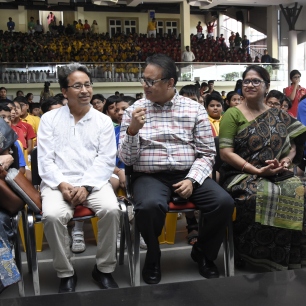 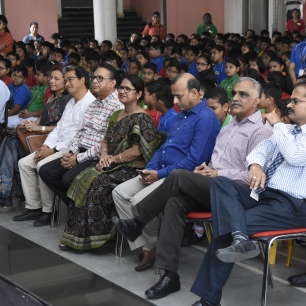 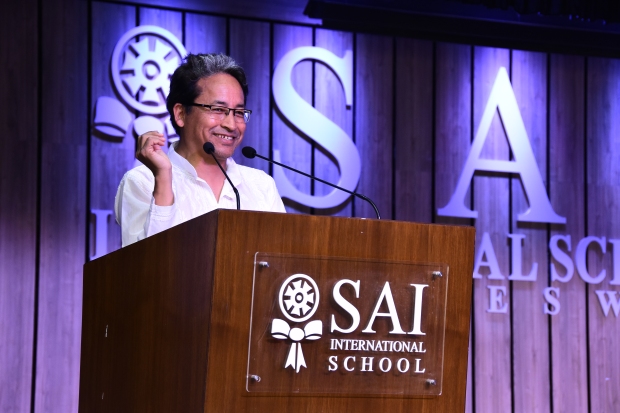 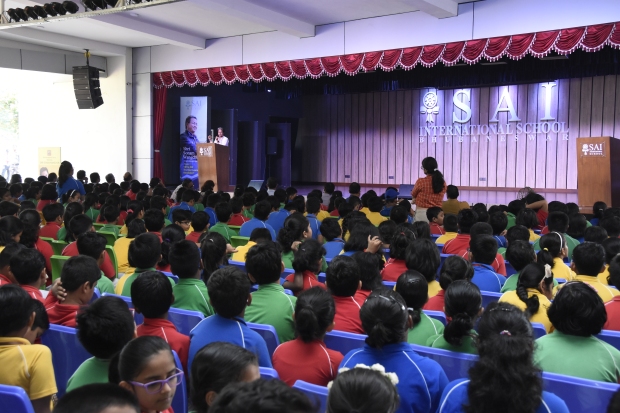 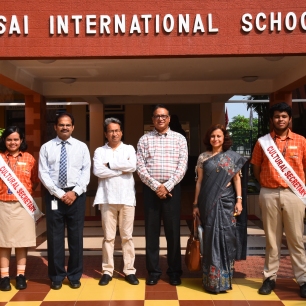