“The universe is an ocean upon which we are the waves. While some decide to surf, others venture to dive.” – Charbel Tadros

Water is vitally important to Earth’s natural balance. It gives us life, after all. In observance of ‘Earth Day, celebrated around the world on April 22, SAI International School teamed up with DIAS of Mumbai and collaborated on a two-day environmental Summit called ‘Power of ONE’. Day one was hosted by the Going Global Club of SIS focusing on Marine ecosystem conservation. The Guest Speaker was Shri Venkat Charloo, a SSI Master Instructor and PADI IDC Staff Instructor and is one of India’s highest qualified diving instructors.  Shri Charloo is also the Founder of Coastal impact, an NGO established in 2009 for the specific purposes of marine education, conservation and research. He is also the owner of Barracuda Diving, India’s first recreational scuba diving centre, and has been diving for over 30 years. While there are infinite reasons to love and respect the ocean, it at times seems like the human race is doing everything in its power to harm it. Our oceans are up against problems like plastic pollution, overfishing and shark massacres, and the everyday use of products that can devastate vibrant coral reefs.

During his 50 min presentation he discussed the number of oceans that we have and in fact highlighted that they are truly all one big Ocean given different names by humans, separating them demographically. Also about the many species and sub- species of fish and marine wildlife, their unique characteristics and his personal experience with them as a master diver. Venkashesh even spoke about the impressive amount of planted coral reef that he and his team of divers have been embedding it to the coast of Goa. After his presentation there was question & answer session with all the participants. Next everyone played an interactive game allowing people to raise their hand and select a number that had a question on Marine life. After selecting the number, the participant and to answer the question with their own thoughts and understanding of environmental conservation. Our session rounded up with a presentation by Jr. & Sr. high School of Kogakuin University, Japan who spoke on the adverse effect their country faced after the devastation brought by Tsunami, destroying most of the marine forests surrounding the country. The presentation was very interesting with a focal point on what the Japanese government is doing to reconstruct Marine forest and what types of Oceanic Soil is good for reproducing seaweed. A very interesting fact was that 50-80% of the oxygen production on Earth comes from the ocean.

Day two of the summit was hosted by Dhirubhai Ambani International School, DAIS from Mumbai and named ‘Sustainable Living’. The session began with a panel discussion on environmental sustainability and how humans can contribute to saving the planet. An interesting fact brought up by SAI International School was that the youth could really help by creating awareness of environmental issues via social media. Pushing the narrative and giving facts and data on media platforms bringing to highlight the problems humans are creating towards adversely impacting the planet. Then all the participants broke up into breakout rooms and held open discussion and did an activity making a group poster and working as a team, the posters from each breakout room were shown during the closing session.  Over 200 participants joined in on the hour and a half conversation with 24 schools from India, Japan, UAE and Oman all participating. Oceans are the lifeblood of our planet and all the creatures that live here. They cover nearly three-quarters of the earth and hold 97% of our planet’s water. 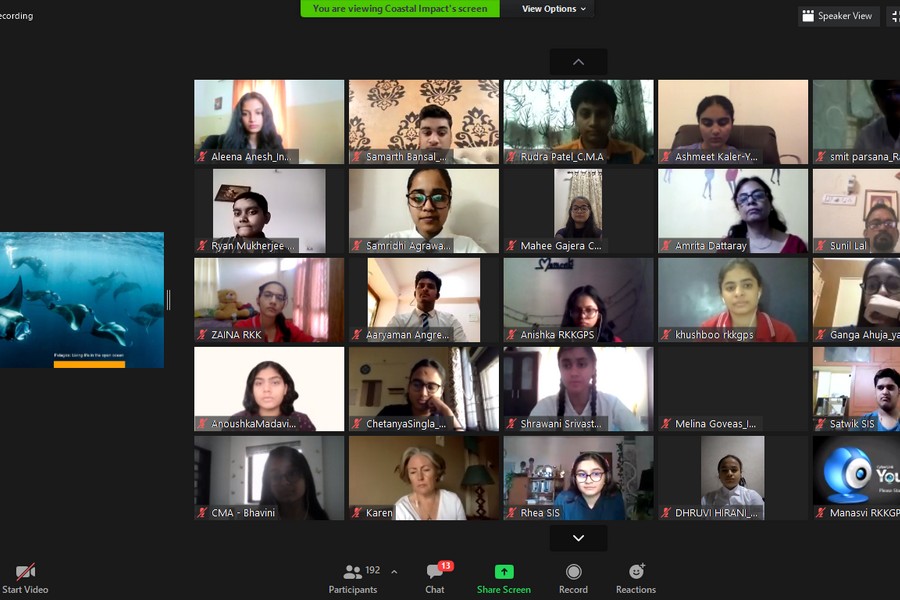 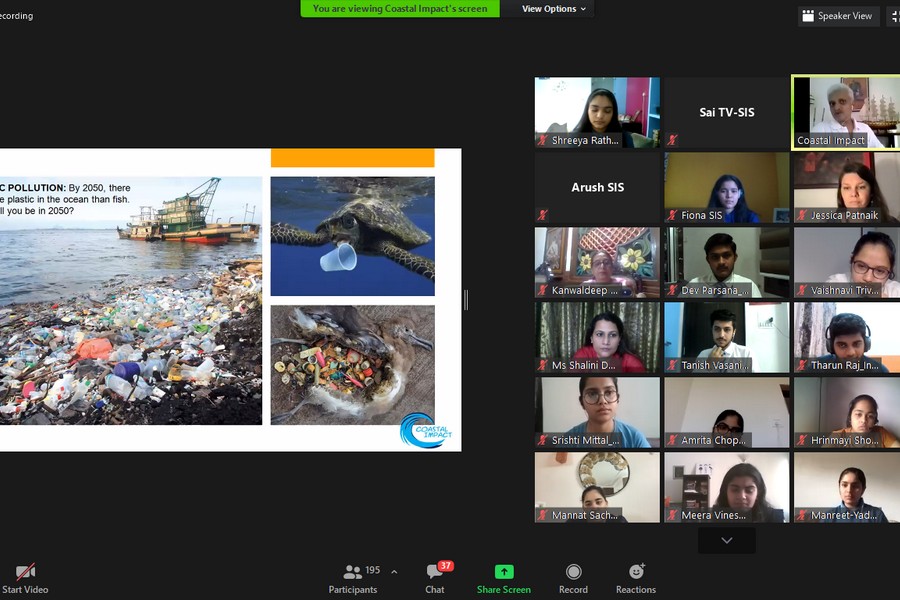