SAI International School celebrated its 10th International Youth Day on November 20, 2021 in collaboration with Jr. & sr. High School of Kogakuin University, Japan.  The last two months of preparation and after many hours of practice, the event finally paid off as the tight knit team with over 30 students in the Organizing committee hosted a flawless programme. The programme started at 10:30am with an Opening Session introducing the concept of International Youth Day which has become a staple event of the school. This year was the 2nd year to conduct it virtually. The event was online we could host 230 students and teachers from 20 schools located in six different countries including India, Australia, UAE, Ghana, Japan and Uganda. The Keynote speaker was Catherine Nakabugo Founder and Executive Director of  Direct Hand Foundation, an organization empowering rural young girls and women in MHM and entrepreneurial skills and we also run community libraries to empower girls in sciences in the districts of Wakiso and Buyende. She is passionate about girls’ education. Her topic was “Feminism around the World” with a focus on Uganda, her home country. The question answer session was very informative as Catherine spoke about her simple upbringing and the hardships she had to face as a woman in her country including the lack of educational opportunity for women and how she overcame her minimal upbringing and became a woman math teacher.

There were 470 participant, dispersed into 12 small breakout sessions called Barazas. Each Baraza mixed up students from each participating country and was themed after a sub - topic of feminism like Dismantling systemic disparity, Unburdening feminism, Feminism And Art, Untwining the conventional to name a few. During the two hour Baraza participants took a deep look into each of them and challenged students to think about traditional feminism  stereotypes, barriers, discriminations and social expectations placed on women from birth. Students debated, drew pieces of art, prompting questions, games and several activities. In conclusion each Baraza had to create a presentation that summed up their Baraza Theme and learning experiences and share it during the Closing Session.

After the baraza finished there was a 30 minute break followed by the Closing Session which hosted Naimisha, a graduate from Maitreyi College, University of Delhi with a degree in Sociology and holding several internships in the field of journalism and activism. She conducted an open ended interactive session with the participants asking them about gender stereotypes. She also touched on the importance of being a feminist and how necessary it is in the current world.

The Closing Session concluded with a presentation by each Baraza, a calligraphy lesson in Japanese and Hindi and finally the announcement of the Feminsim Logo Competition. Each participating school prepared a logo on the theme of feminism and were judged based on aesthetic design and creativity.

Karina Rothacker, Round Square Representative from Bishop Druitt College Australia, who have 12 students participating wrote “Thank you SAI International School  for organizing a fascinating conference. Our students and I gained such insight. We loved the input from speakers from different countries. It has opened my eyes as to what it means to be a feminist. Thank you for the time, effort and professionalism that has been put into this event. All the student Baraza leaders were tremendous.”

SAI International School really appreciates it’s collaboration with the Jr. & Sr. High School of Kogakuin University especially with the Round Square Representative, Chiho Nakagawa and her team of amazing students. Over the last two years a unique relationship has formed between the two schools forming a strong friendship.

Dr. Shilpi Sahoo, Chairperson, SAI International , speaking on the occasion said “ I am extremely happy to host the schools from India, Australia, UAE, Ghana, Japan and Uganda and many more  at SAI International IYD 2021 celebrations,  a cause much needed for the young minds to be sensitized on maintain equity and equality of men and women. It helped them to understand that political socio-economic reforms to have led to affirmative action in education of women”. 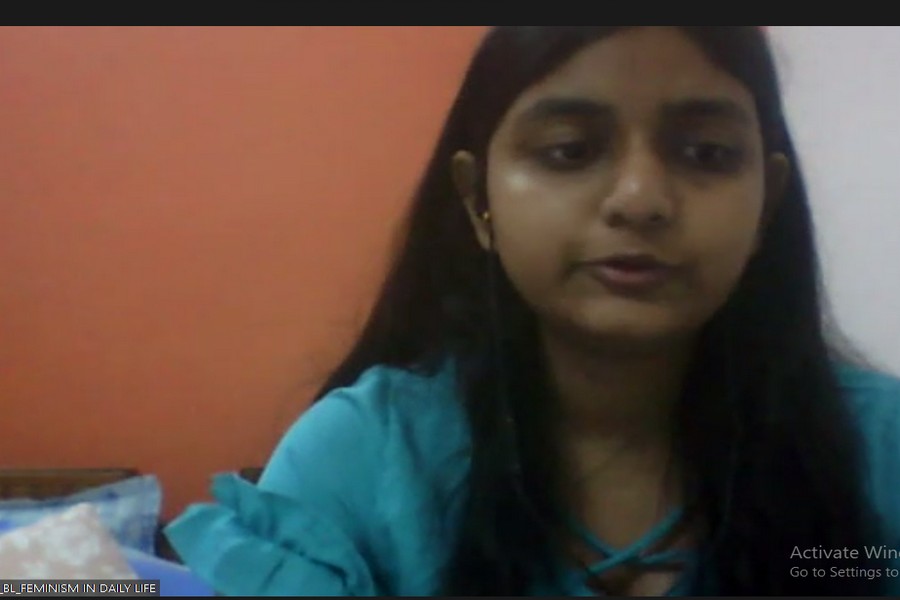 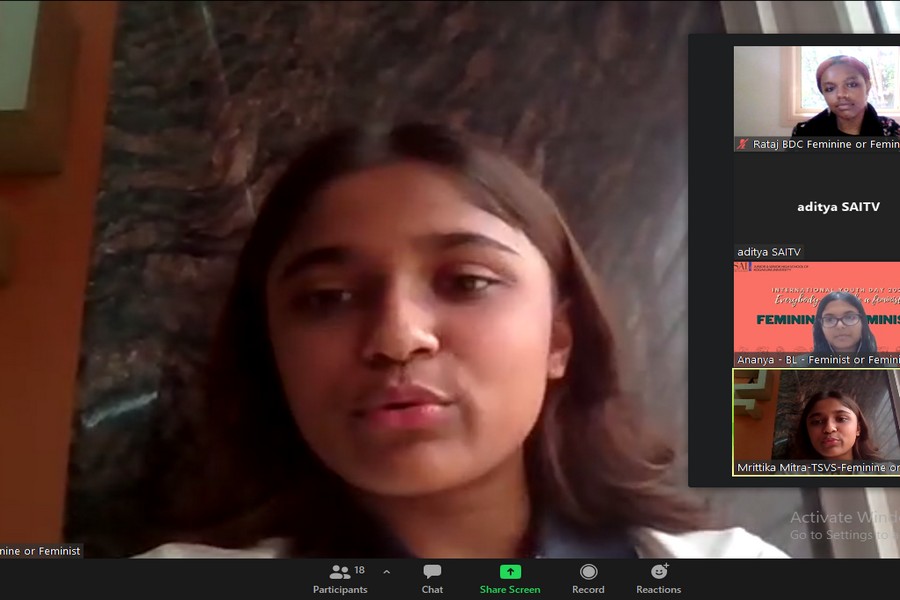 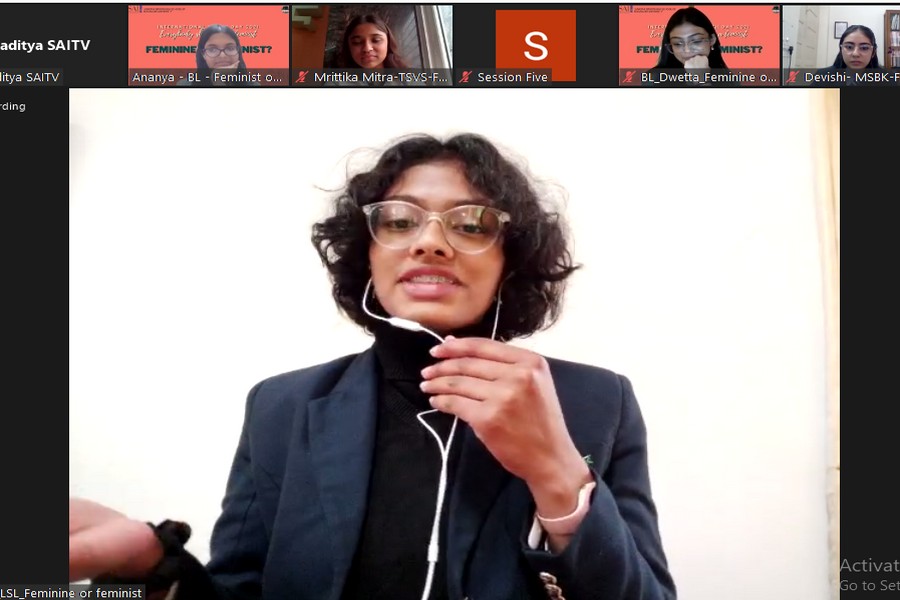 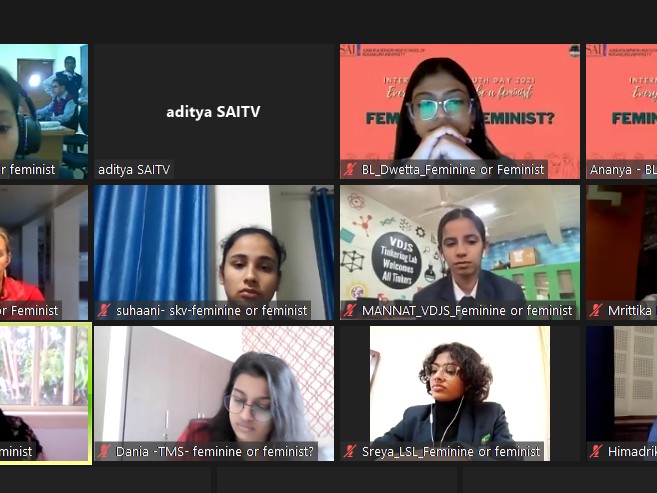