“Chess is a very logical game and it is the man who can reason most logically and profoundly in it that ought to win.” – Jose Capablanca

Chess is one such game which enables a child to gain confidence, become disciplined, and help the child to learn through analysis, research, and assessment of the situation before making any decision. It enhances mental clarity and mental dexterity.

SAIoneer Ankita Sahoo of Class VIII, Fide ID 35047337 is a well acclaimed Chess player of the State. She has been winning several laurels over the years in various categories. In the last one-year Ankita has won several coveted medals for her outstanding performance. Her latest achievement includes representing the State to participate in the National Level School Games Federation of India (SGFI) Chess Championship in the Under-17 category to be held in Andhra Pradesh later this month.

She emerged as Champion in the SGFI State Level Chess Championship, Under-17 category held on January 4 and 5, 2019, at Nayagarh, Odisha which qualified her for the National Championship.

The talented girl had brought laurels to the state when she represented Odisha in the 35th National Under-15 Girls Chess Championship 2018, held at Kalyani, West Bengal from July 17 to 25, 2018. It was organised by Bengal Chess Association and supported by Ministry of Youth Affairs & Sports, Sports Authority of India and Department of Sports and Youth Affairs, Govt. of West Bengal. She won the 26thplace.

Earlier this year, she won the 1st Runners Up prize in Odisha State Under-15 Open and Girls Chess Championship 2018 held at Sailabala Women’s College, Cuttack. It was organized by Cuttack District Chess Association under the aegis of All Odisha Chess Association.

Chess is an age-old game which originated as believed in India and spread over to the entire world. The game has bonded people from various background and taught them to win or lose with grace. 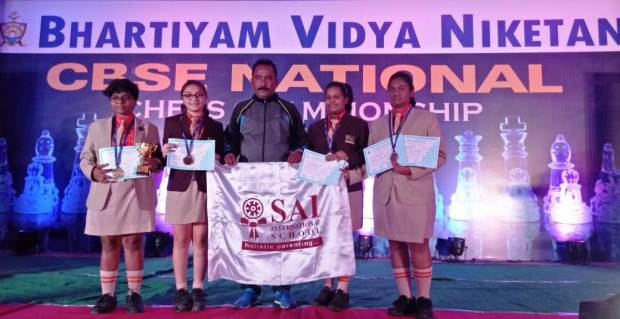 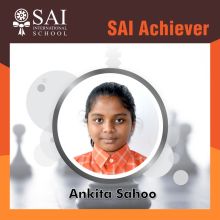