Debating is one of the most important 21st century skills, which enhances the others four skills like critical thinking, communication, collaboration, and creativity. It motivates a child to do in-depth research, stay abreast of current events and brings an overall development in his or her own personality.

The Chairman’s Cup Debate for the Senior Secondary students was held on Thursday, August 30, 2018 on the topic, ‘Can China be a role model for India’. 28 students in 14 teams took part in the competition speaking for and against the motion.

Students who spoke in favour of the motion opined that the trajectory economic growth of China in the last 30 years speaks volumes of the developmental mind-set of the Country, which can be emulated by India. Students also spoke highly about China being the world’s manufacturing power house, restricting corruption with serious punishment and having a strong judicial system etc.

Participants who spoke against the motion cited that China cannot be a role model for India as it is completely against the essence of democracy which is the pride of India. Some of them spoke on various restrictions imposed on their citizens, curbing the rights of media, lack of resilience, stringent law and policy, authoritarian government which hinders real development, abysmal condition of Chinese labour force as well as pointed out that one should not emulate a country that prioritizes economic growth in place of fundamental right.

Chairman Dr. Bijoy K Sahoo highly appreciated the students for their excellent debate and gave meaningful tips on how to be an excellent orator. He also informed the students on the parameters of judging the event, like order of thought or logical reasoning, communication with audience, body language, voice modulation, synchronization of body, language and soul and ability to keep the audience engrossed.

Debating helps children in presenting relevant thoughts with purposeful deliberations. It is an art which benefits the young orators with building perfections in research, critical thinking alongside gaining confidence of public speaking. 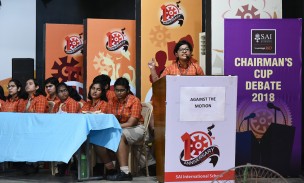 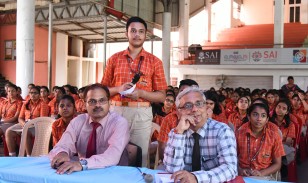 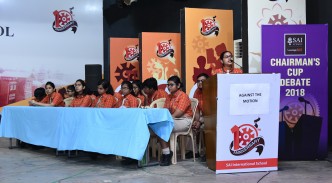 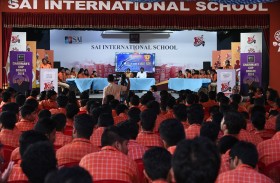 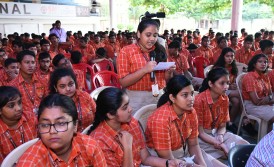