Debating is one of the best educational training which gives insightful and everlasting benefits to a student, as he acquires skills, knowledge and the yearning to master a topic.

Chairman’s Cup Debate is an annual activity, initiated in the year 2012 to hone the debating skills of the students and encourage them to put forth their opinions in a creative manner. It is conducted in two different groups, Junior and Senior, and is personally mentored by Dr. Bijaya Kumar Sahoo, Founder, SAI International Education Group. Every year students are selected for the final round through a rigorous process.

The prestigious Chairman’s Cup Debate for the students of Classes XI and XII was held on Thursday, August 22, 2019. It was an excellent battle of ideas between five pairs of students who spoke for and against the motion “When opinions became facts, democracy becomes history.”

The young debaters spoke brilliantly in presence of students, teachers and Jury members. Students speaking for the motion pointed out various situations from across the world where opinions of people resulted in making the democracy defunct. Students speaking against the motion opined that democracy is built upon the opinions of people and public opinion is the ultimate source of power.

The Chairman’s Cup Debate for the students of Class IX and X was conducted on Thursday, September 26, 2019. Six pairs of students spoke for and against the topic “Exorbitant fine is the only way to make people disciplined”.

The young debaters showcased excellent debating skills including great confidence, poise and rich content. Students speaking for the motion were of the opinion that heavy fines are the only way to make people disciplined and bring the desired result. Some of them cited examples from countries like Dubai and United Kingdom, where levying heavy fines on public brought in a great reform in traffic management and in other areas.

Students speaking against the motion opined that discipline should be encouraged, not enforced, and the best way to bring about a change, is by creating awareness among people to inculcate self-realization and self-discipline. They put forth the point that children should be taught from early childhood to respect the Government rules, so that it becomes their second nature.

Dr. Sahoo appreciated the students for the high level of debating. He encouraged other students to participate in debates to hone their oratory skills as it enhances the ability to communicate which is pivotal in the present age. The students were judged on parameters which include clarity of concept, quality of comprehension, diction and presentation style. 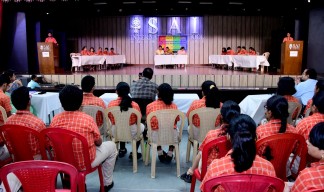 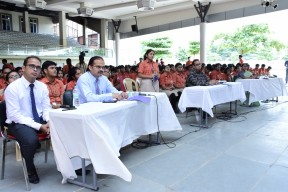 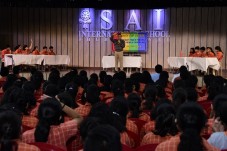 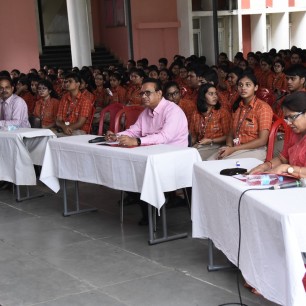 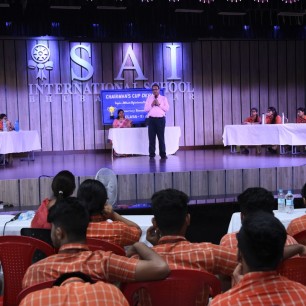