True athletes never rest until they reach their desired goal. They keep themselves motivated working harder and harder with an unyielding determination to succeed. They make no excuses, they don’t ruminate over the losses, they don’t waste time blaming their fate, they just strive to maximize their effort and unlock their full potential.

Anshika Routray of Class IX exemplifies hard work and talent. The young determined girl leaves no stones unturned to make her dreams a reality. With a resolute to excel, Anshika created a CBSE National Record in U-14 Shotput during the National Athletic Competition of CBSE held at Devanagere, Karnataka from November 12 to 16, 2018. She threw the ball to a distance of 11.45 meters and broke the previous record of 11.23 meters.

During the year, the talented students has won several other accolades like –

Shot put is a track and field event where the athlete throws a spherical weight made of either iron, brass, steel etc. The weight of the ball differs depending on the age group starting from 4kg as used in Women’s Olympic competition. The shot is put with one hand from a circle into a 40-degree sector as measured from the centre of the circle. 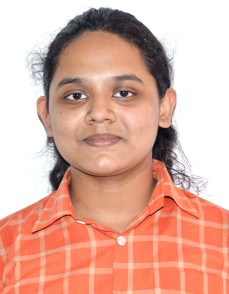 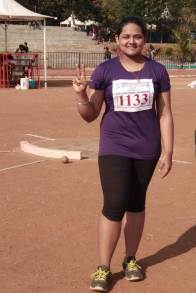 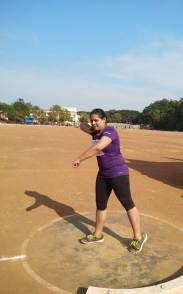