A SHOW BY THE MASK CLUB

A spectacular skit was staged by the members of the Mask Club in the Indraprastha Auditorium during the assembly. The script titled ‘Chimta’ (Hindi Version) is a story well documented & written by Munshi Premchand which depicts the much deserved respect & love of a boy named Hamid for his old & frail grandmother, which seems humane.
The students played their respective characters extremely well, they articulated beautifully & did justice to their characters which moved many to tears. The play was ably supported and complemented well by lighting, sounds, props, make- up & costumes. The creative instincts & the stellar performances of the SAIoneers were much acclaimed & applauded by the audience.
At SAI the students are given ample opportunities to showcase their creative talents. Through theatre training the children imbibe the life skills which help them to adapt themselves better to the changing environment in a prudent manner. 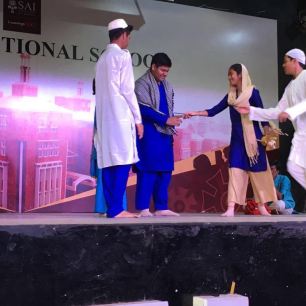 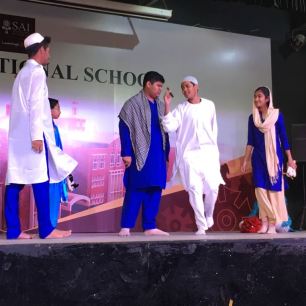 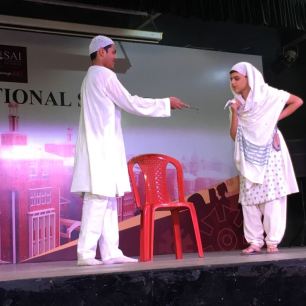