Explore and Experience: The Global Immersion Programme (GIP) to USA was conducted from May 27 to June 8, 2018 for students from Class IX to XII. A group of fourteen students along with two teacher Co-coordinators visited various places in the country as well as interacted with people to foster global dimension in their learning vistas.

The team got an opportunity to meet the Mayor of Cupertino, Mr. Darcy Paul, former Mayors Ms Savita Vaidhyanathan and Mr Gilbert Wong as well as several City Council Members to discuss about future collaborations between SAI International School and the City of Cupertino. They also visited the District Head of Fremont School, Ms Trudy Gross who will coordinate the future visits between the schools in Cupertino and SAI International.

The Griffith Observatory at Los Angles and NASA’s Ames Research Center in California gave them a great gateway to understand the Universe closely. The various exhibits and displays were highly educative and students had a wonderful time amassing valuable information on the celestial bodies and the world around us.

They also visited Educational Institutions of repute like Stanford University and University of California, Berkeley Extension to not only have a close look at the renowned Universities but also to understand the procedure for admission. At Berkeley, they had an interactive meeting with Mr Tim Recey from the department for Undergraduate admission who gave valuable advice on how to conduct themselves during an interview and what a college looks for in a student before enrolling them. The enthusiastic team also went on a guided tour to the Google office nestled in the dynamic Silicon Valley where they learnt many things about the company.

The team had their own share of fun spending an entire day at Disneyland-California Adventure, visiting the magnificent Universal Studios Hollywood, the Walt Disney Concert Hall and the Dolby Theatre. A visit to the Yosemite National Park was a mesmerizing experience for the young students who were amazed to see the giant waterfalls, deep valleys, grand meadows and many more.

A city tour of San Francisco took them to places like the Palace of Fine Arts, the magnificent Golden Gate Bridge, Cable Car Museum and Maritime Park and a leisurely stroll to the Pier 39, a popular shopping centre. The students also got to see the age old ‘La Brea Tar Pits’ at Los Angles around which the Hancock park was formed.

GIP is conducted every year to various countries to inculcate leadership qualities in SAIoneers through experience-based education. It enables students to gain respect for the cultures and traditions of other countries and people as well as deepen their understanding on the global arena. SAI International School constantly endeavors to prepare its students to become Global citizens and future ready leaders working towards a better tomorrow. 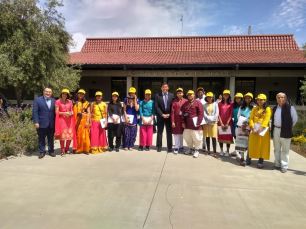 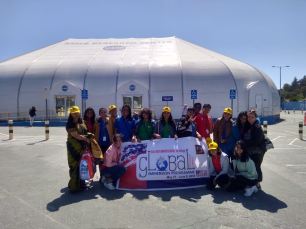 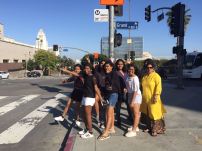 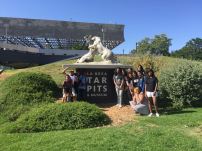 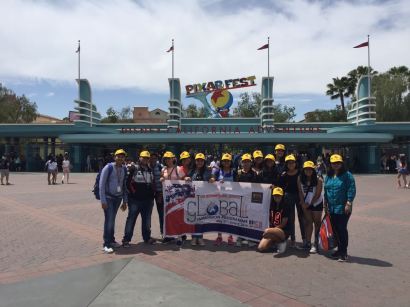