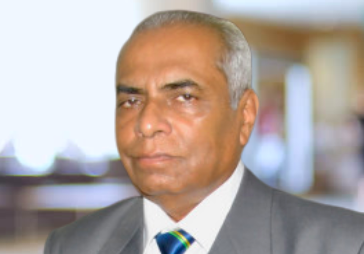 Professor Damodar Acharya is the Former Director of IIT-Kharagpur and Former Chairman of All India Council for Technical Education (AICTE), New Delhi. He has completed his M.Tech in IE&OR, Ph.D from IIT Kharagpur and B.Tech in Mechanical Engineering from NIT Rourkela. He has more than 3 decades of experience in diversifies areas, including nearly 30 years of teaching and research at IIT, Kharagpur, and more than five years in academic administration as Vice- Chancellor, Biju Patnaik University of Technology, Rourkela and as Chairman of AICTE.

Prof. Acharya has held several important positions at IIT Kharagpur, such as Head of the Department of Industrial Engineering and Management, Chairman of JEE, Dean of Sponsored Research and Industrial Consultancy, and Chairman of Vinod Gupta School of Management. He is a consultant to many world-class companies, such as Tata Steel, General Motors, Hindustan Lever, and Tata Chemicals. His areas of interest and research include operation research, production planning and control, supply chain, and maintenance management. He is a fellow of both Indian National Academy of Engineering and National Academy of Sciences (India), and a member of several professional bodies, such as ORSI, IE(India), and IIIE. He had been nominated as a Director on the Central Board of the Reserve Bank of India in October 2012.