“Drive as if every person on the street is a dear friend or a close family member.” – Anonymous

To commemorate the 31st National Road Safety Week and create awareness among the students on the importance of road safety, an awareness programme was organised at SAI International School on Friday, January 17, 2020.

Chief Guest Dr. Sudhansu Sarangi, Commissioner of Police, Bhubaneswar-Cuttack, urged the young students to develop an attitude to respect the rules and laws of our country. He said that laws are there to make our society a better place and violation of any kind of laws slows down the growth of a country.

Guest of Honour Ms. Sagarika Nath, Deputy Commissioner of Police, Traffic, Police Commissionerate, Bhubaneswar-Cuttack highlighted the importance of safe driving and briefed the students on the basic traffic rules. Through a video presentation, she informed the students of the chaotic condition of road safety in India, which is mainly caused due to the negligence of the people. She emphasized on being careful, look around before opening the car door and use the opposite hand to open the door, so as to prevent accidents.

Dr. Bijaya Kumar Sahoo, Founder & Mentor SAI International Education Group said that absolute consciousness among individuals and family is required to maintain traffic and road safety. Shri Nilakantha Panigrahy, Senior Principal said that traffic chaos can only be reduced if we all make a combined effort and obey traffic rules. On the occasion a brilliant skit on traffic awareness was presented by the artists of Street Theatre Action Group (STAG) in association with Sanjog.

A Question and Answer session was held where students posed questions of traffic and road safety.

Q. Road encroachment has become a concern for the people commuting on the road. What is the stance of police on this?

Dr. Sadangi: This is the result of rapid urban growth. People from the villages are coming to the city in search of jobs as there is no such opportunities in their own villages. This is the question of livelihood of poor people. We need to have some compassion for them. We have to address to their needs, create job opportunities and relocate them, so that it doesn’t create inconvenience to people. The State Government is looking into the issue. However, I want to say that a parallel road is soon coming up from Jaydev Vihar to here. But one thing I must stress is that poor people are not useless; you don’t know the feel of hunger and malnutrition; these people need compassion and sensitivity. Be compassionate to people.

Q. The revised traffic violation charges and penalties are very high for the people. Kindly suggest. Can we not adopt the integrated e-challan system of Hyderabad?

Dr. Sadangi: If the penalty is high, why do you want to pay the penalty. Follow traffic rules, don’t do lane cutting, wear helmets and use seat belts, and follow all other rules. Fine will always be high.

Unlike other countries, we have issued driving licence to people in an easy way, like distributing chocolates on a birthday and which is not right. Driving is a very difficult thing. My dream is to abolish driving by human being. I am no longer confident human beings can become safe drivers. As for following the Hyderabad system, it’s a long way away. We are looking at technically keeping a record of each time one commits a traffic violation and take actions accordingly.

Q. In many cases it is seen that Traffic Police are making inappropriate penalties whether one violates the rules or not.

Dr. Sadangi: We found lot of arguments taking place on this. Earlier we had a system of issuing challan to every violator on the street itself. Now we have cameras to keep a track and challan is sent to the violators. We also have Settlement Officers to deal with it.

I suggest you all read a book called Factfulness by Hans Rosling. You live in a society where you get negative information. For instance, everyday 30 lakh aircraft fly and if one of those develop a snag, it is reported or highlighted. You need to find if that is the representative sample or not. In England if there is a crime, people condemn the criminal but in India people condemn the police harassing the criminal.

Q. What is your message to the youth who drive without any experience?

Dr. Sadangi: This reminds me of the recent armed attack in a market in Bhubaneswar and most of the miscreants were in the age group of 15 to 17 years.  They were all involved in drugs, eve teasing etc. This is something which drew my attention to our education system, parental and family values which needs to be looked after. Now ‘khattis’ have become a place for drinking and drugs. Drugs should be an absolute ‘No’ – not even once. Hope your school has programmes to say how serious drugs are. Police and parents need to work together to find out ways to prevent those.

There are two things – exploitation and irrelevance. Don’t say I don’t have enough, I cannot do etc. Get rid of the two. Keep yourself updated and become relevant to society, make use of opportunities. Don’t become redundant.

Q. Inspite of the Supreme Court order against drink and drive, people continue to do so.  Highways still have liquor shops.

Dr. Sadangi: We are taking harsh steps on this. However, many long route bus drivers and truck drivers say that they can’t drive if they don’t drink. We are not being successful in implementing this law. Laws are there to make our society better.

Q. Do you think the recent amendments in Indian Motor Vehicle Act have improved the safety of commuters on Indian Roads or has it created more panic in public minds rather than doing benefits?

Dr. Sadangi: MVA came into act in 1988 and that time we had fixed penalty amount for violation. Now we have revised it. See we don’t need strong government or police, we need to create awareness among people, develop the moral force, so that people know the importance f traffic rule. We are your own police and your parents pay our salary.

Q. We all have witnessed the recent change in traffic rules. In a democracy, the welfare of people and society is the most important thing. Is possessing laws and acts enough to curb the violation of traffic rules.

Ms.Nath: Laws are as worthy as you people. It is a matter of attitude whether you want to follow the rules or not. We are living in a precarious situation. We are questioning everything, but we are not abiding to the very law which we people have made for our own welfare.

Dr. Sadangi:I talked about globalization and the availability of alcohol. We are not grandmothers of everybody. We should not close down on freedom in the name of law. Simultaneously people should need to understand their responsibility. Like most of you people love junk foods knowing very well how harmful it is for health. Do you think we should close all the junk food shops? You need to understand its harmful effect and stop eating.

Q. How are you planning to improve the Traffic Control System?

Dr. Sadangi: There are three aspects of Traffic Management – Traffic engineering, where our roads have to be widened, we need parallel roads, remove encroachments and build flyovers and under passes. Traffic Education – this is the type of event we have here today where we create awareness so that people voluntarily comply with the laws of our country. And Traffic enforcement – this is when people do not follow the law then we enforce it by prosecuting them. These three aspects are required for better management of traffic in our city and our country. 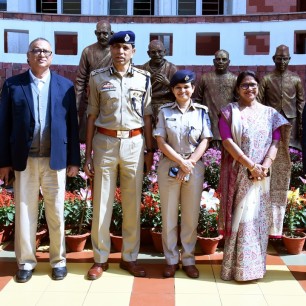 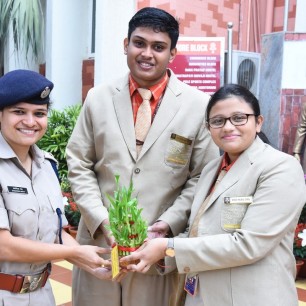 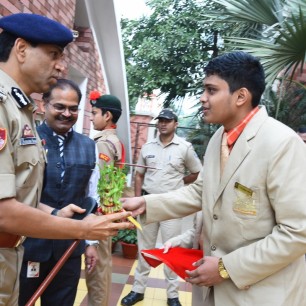 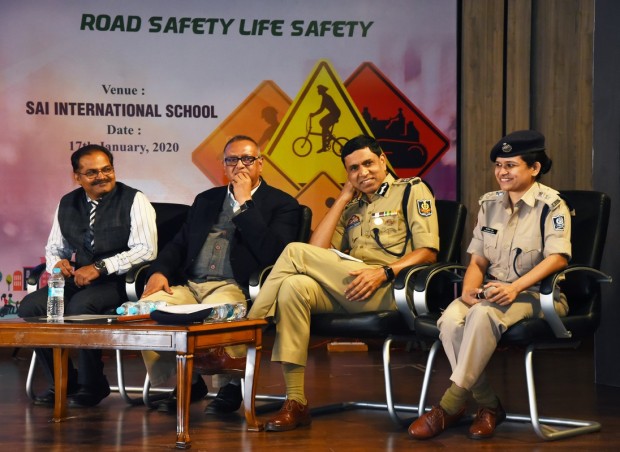 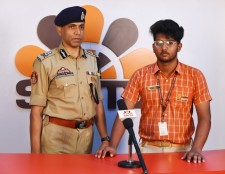 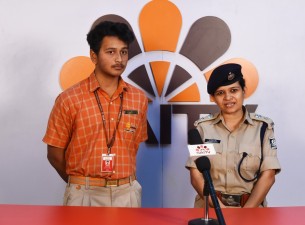